One of the highlights of May was the end of Ryan's preschool journey.
Yes, I know I put this picture on Facebook, but its just such a precious one.  It looks posed, but actually it was a quick snapshot that I was lucky to get when Troy just reached out his hand.  You can see Daddy smiling, see Ryan giving his proud face of satisfied accomplishment, with his "4 year old book" tucked safely under his arm.  He was SO proud of himself.  Just one of those moments...... 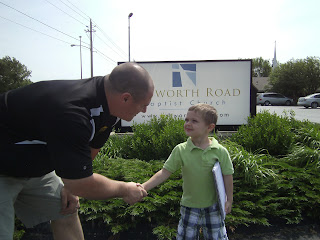 And Seth was pretty pumped about the whole "end of preschool program", too.  Ryan, as usual, took it a little more seriously than his younger brother. 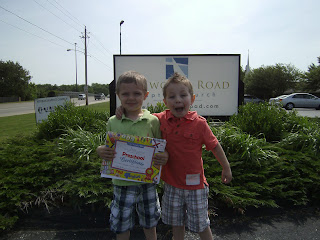 Ryan's preschool class.  That's his girlfriend next to him in the red shirt.  I could tell so many stories that would embarrass him, but I won't.  It's not appropriate.  But I hope they get married, have lots of babies and live next door to me. 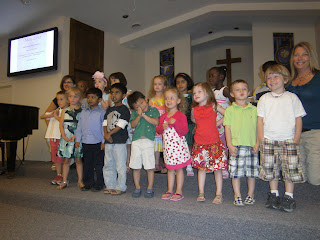 This is Seth's class.  After an entire year, he claims he still doesn't know any of his friends names and says they do "nuffing" in class every day.  Yeah, I'm going to rely heavily on his brothers to keep me up-to-date on Seth's activity outside the home since I won't be getting much of report from him! 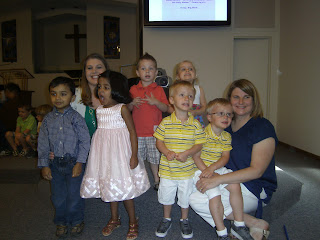 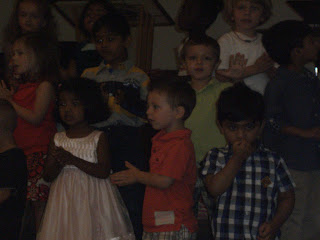 Being silly before the program. 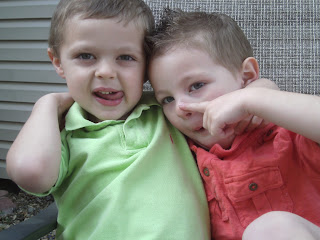 Celebrating at the zoo after graduation 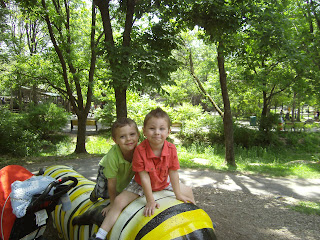 Other stuff that went down in May - they played soccer.  Um, they're not good.  No future for us in that sport.  But they had fun. 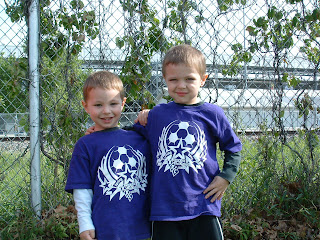 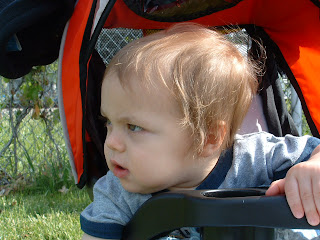 Seth, taking things seriously, or not, whatever.  But his squirrelyness worked....for the other team....when his only goal was one for "the orange team".  Spent then rest of the game doing awkward dances on the field singing "I'm gonna get ice cream now." 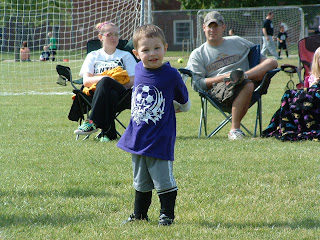 Ryan developed some hustle this season.  Look at those wheels! 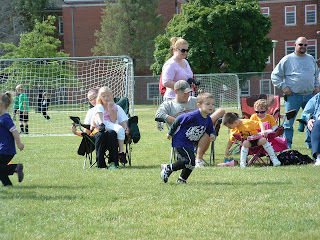